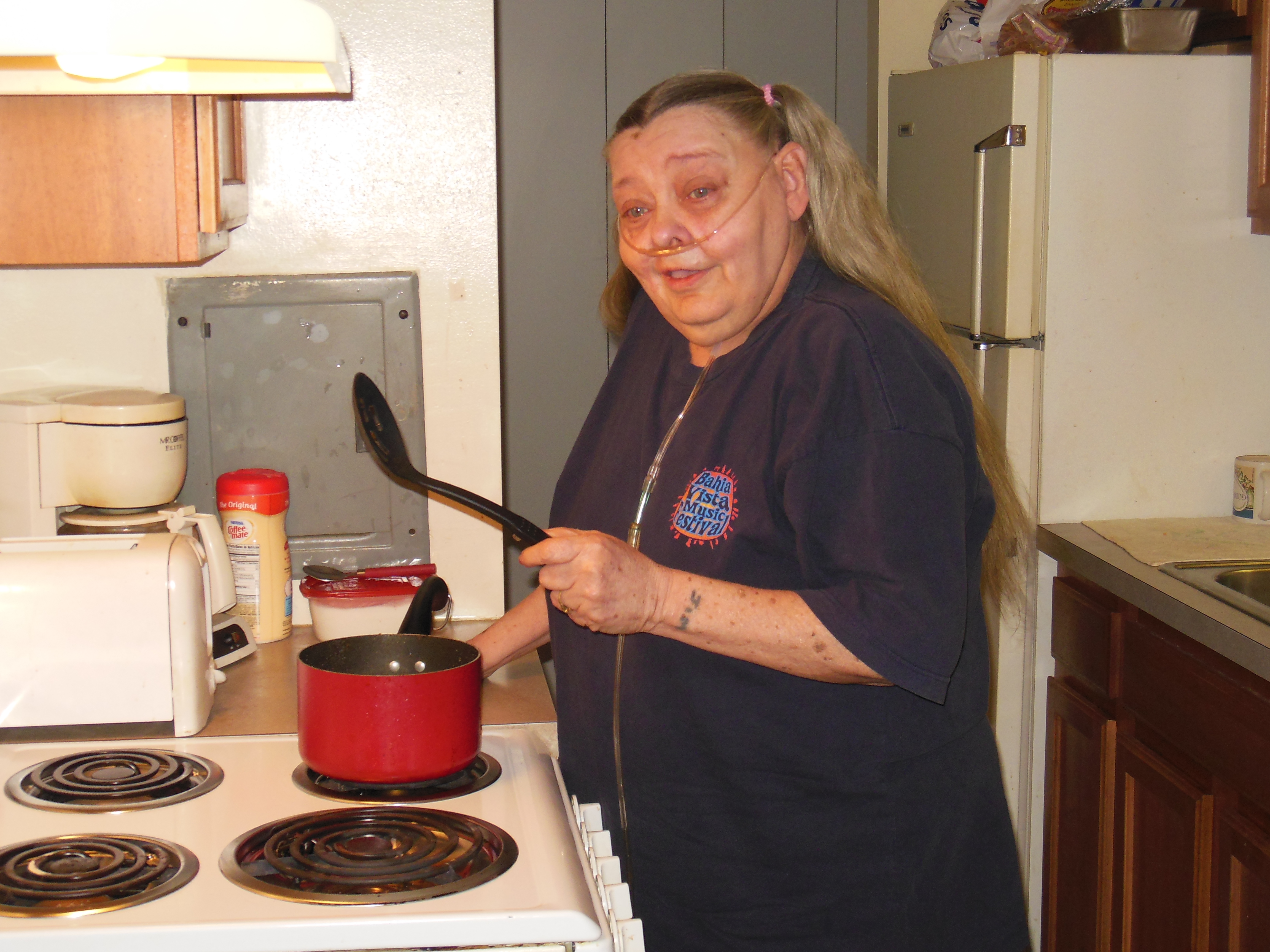 A string of unfortunate events led to Delores’ four-month stay in a nursing home. With LEAP’s help, however, she was able to move back into the community, where she is now living independently in her own apartment for the first time in many years and taking joy from the simple things in life.

Delores has both heart and respiratory problems, and she depends on an oxygen tank to help her breathe. Early last summer she developed heatstroke and was admitted to the hospital. She recovered from the heatstroke, but because an earlier accident with her oxygen had resulted in facial burns that weren’t yet healed, she was released to a nursing home.

The social worker from the hospital visited her at the nursing facility and told her about Ohio’s HOME Choice program, and Delores decided to apply. Delores found an apartment she liked, and independent living specialists from LEAP helped her obtain furnishings, groceries, and other necessities. After she was settled, they also helped her find sources for medical supplies, places to fill her prescriptions, information about transportation options, and a new primary care physician who would visit her in her apartment.

“It’s different being on my own again,” said Delores. “It’s quiet.”

Becoming independent wasn’t easy, but Delores was determined to make her choice work. “Relearning to cook was a challenge to me,” she said, making it clear that she was not about to let a stove defeat her. “Now I like to cook. My girlfriends in the building like me to cook too!” she laughed.

Delores has known more than her share of life’s sorrows. The mother of five has outlived two husbands and one son. But she chooses to focus on life’s joys, like cooking an occasional meal for her friends in the building gives her great pleasure and spending time with her 13 grandchildren. She enjoys watching the seasons and their effect on Lake Erie from the living room window of her pleasant 8thfloor apartment. She hopes to get a larger oxygen tank soon so that she can get out of her apartment more, and maybe even volunteer at a hospital or nursing home.

As the anniversary of her move to independence approaches in early fall, Delores explained how she met her goal.

“When something bad happens, I tell my kids not to dwell on it,” she said. “And I try to follow my own advice!”