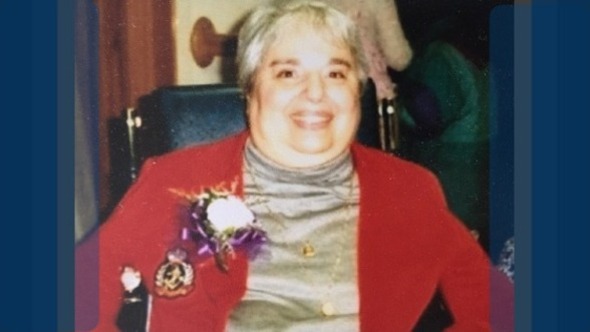 Current stakeholders of Linking Employment, Abilities and Potential (LEAP) may not realize that the organization’s core mission and purpose flows from the life and legacy of our Founder and champion disability-advocate Doris Brennan.

Doris was a Northeast Ohio native who experienced a devastating automobile accident as a teen, resulting in a spinal cord injury.  Doris became a powerful ambassador for the needs and rights of people with disabilities, founding several disability organizations and spearheading effective state and national initiatives designed to bring practical supports, resources and public policy change to people with disabilities.

In 1986, Doris Brennan became LEAP’s first executive director. She had already established herself as a powerhouse in the Independent Living Movement in Ohio, and she brought the vision and philosophy of that movement to LEAP. Over the course of her nearly 15 years with LEAP, she led the agency as it became a federally recognized Center for Independent Living (CIL) and expanded services to address the desire of people with disabilities to live, work, and participate in their communities. Brennan was present at the 1990 signing of the historic Americans with Disabilities Act in Washington D.C., and in 1998 she was the first Ohioan inducted into the National Hall of Fame for Persons with Disabilities.

Doris was a true pioneer in the disability-rights movement and a tireless example of the Independent Living philosophy. She served on the Ohio Governor’s Council for Persons with Disabilities and received numerous awards and recognition for her work over the course of her lifetime.  Doris left a powerful legacy of disability policy innovation, compassion and social change that has resulted in a more fair and equitable society for persons with disabilities.

You can support this amazing legacy and help keep the spirit of Doris Brennan alive by donating to the Doris Brennan LEAP Fund at the Cleveland Foundation or download this Pledge From.

Donations and planned gifts to this fund are partially restricted, and annual interest earnings from the Fund will help to ensure the sustainability and program effectiveness of LEAP for many years to come. Thank you!