A 27-Year Wait for Low-Vision Help 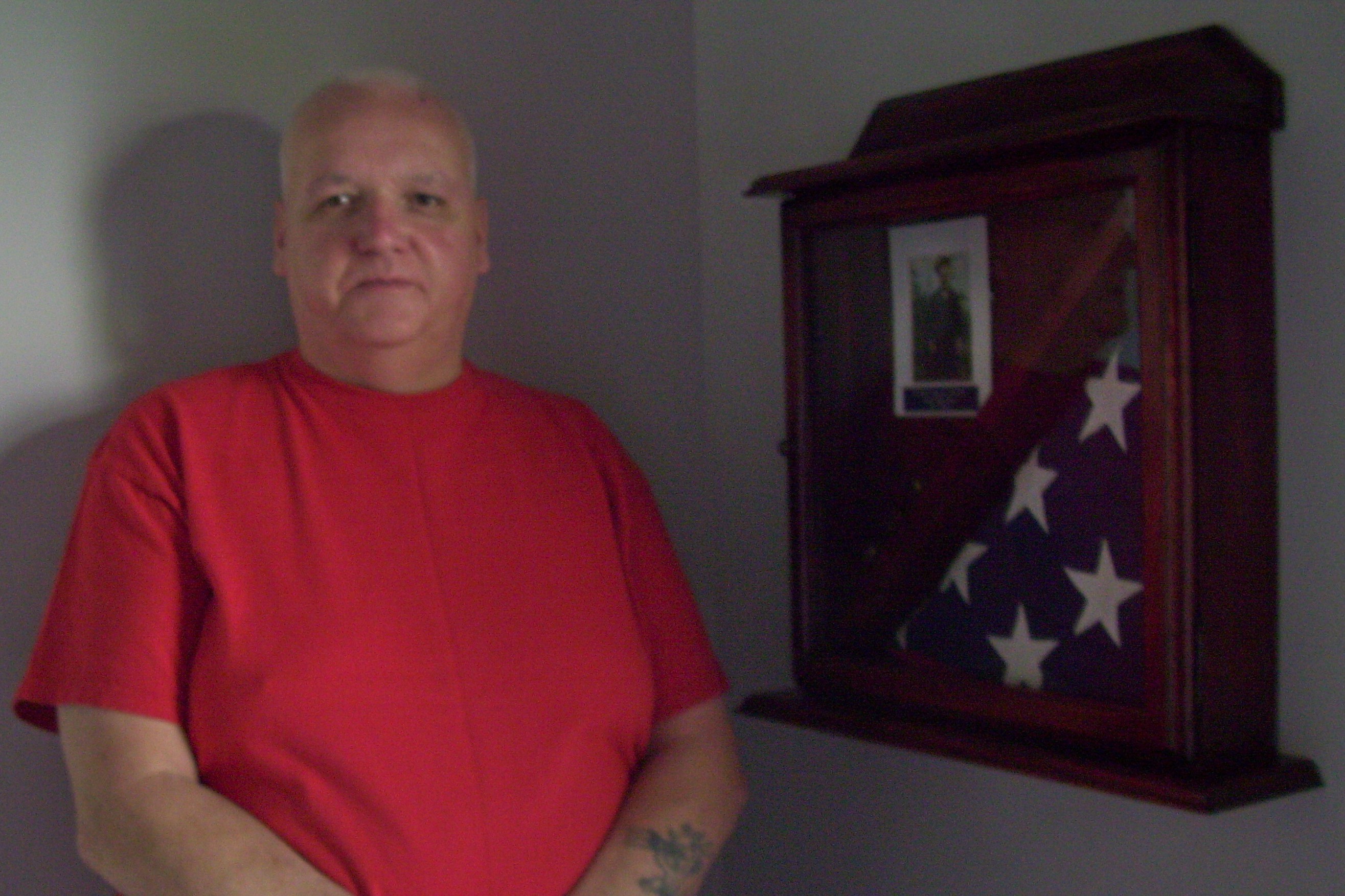 On a warm July night in 1985, Jim, a seargeant and night-shift supervisor with the Lorain County Sheriff’s Office, said good-night to his wife and 11-year-old son, hopped in his patrol cruiser, and headed to work. He was driving along dark, rural roads in LorainCounty when suddenly a moving truck appeared in the path of his headlights. Instinctively, he slammed on the brakes.

About a month later, he awoke from a coma. The first thing he learned was that he couldn’t see. He soon learned other frightening things. In the accident, he’d suffered a broken neck, fractured skull, broken jaw, and broken arm. It had taken more than an hour for rescue workers to extract him from the cruiser and put him on a life flight to a trauma unit. Doctors didn’t expect him to live, but when he was still alive after a week, surgeons reconstructed his face. After the surgery and while still in the coma, he’d suffered a stroke and was expected to be permanently paralyzed. He had amnesia; he remembered his mother and siblings but didn’t know his wife or son.

Jim also learned facts about the accident. The moving truck he’d hit had overheated and wouldn’t start, so the men who had been traveling in it were pushing it down the road, with no lights on. When Jim had hit the brakes so abruptly, the cruiser had jerked and slammed into the truck, then rolled up the hood and through the windshield. The men had jumped out of the way.

“During the investigation, the police reenacted the accident, and they told me later that I’d had exactly 1.7 seconds to react after I saw the truck,” Jim said.

Today, nothing about Jim’s physical appearance reveals his ordeal. A grandfather of two, he isn’t paralyzed, but he is still prone to seizures. He lives in a pretty home in Elyria with his wife, Pam, who refused to follow doctors’ advice and put him in a nursing home. Instead, she quit her job and helped him recover at home. Unable to work and needing to fill his time, Jim became an avid woodworker. He and his wife collaborate. He cuts the wood, she stains the individual pieces, and he assembles the final products—shelves, end tables, display cases, a headboard, a quilt rack, and benches he’s made are in every room of the house. Such teamwork had to be one key to Jim’s amazing recovery.

The arduous recovery could easily have turned Jim bitter, but he refused to give in to that temptation. His one frustration, he said, was the inability to find anyone who could teach him ways to cope with vision loss. Jim is legally blind in his left eye and completely blind in his right. Sadly, the use of simple assistive aids could have made this problem relatively easy to overcome. Instead, he endured this frustration for more than 25 years.

Because his eyes weren’t injured during the accident, doctors theorized that his blindness was the result of damage to the optic nerve, which occurred during a stroke-induced traumatic brain injury. Although doctor after doctor attempted to help him, the Ohio Bureau of Workers’ Compensation always denied him assistance, he said. He and Pam didn’t know where to turn.

Then last summer he met Cleveland Clinic ophthalmologist Corrie Weitzel. Among her specialties is vision rehabilitation for people who are legally blind or who have significant vision impairments. Dr. Weitzel connected Jim with LEAP. Finally, someone had pointed him to people who could help!

Independent Living Specialists Melissa Hernandez (also blind) and Kerensa Ottinger quickly got to work. They visited Jim’s home, assessed his needs, and devised a plan to increase his functionality and independence. First, they connected him with a cane trainer, who obtained a proper cane for him and taught him to use it. He had a white cane that he used simply to alert people to his vision problems, but it was the wrong size and type of cane.

“The right cane, and knowing how to use it, really helps me get around more independently,” Jim said.

Next, Hernandez and Ottinger found simple assistive devices to make Jim’s life easier. A lighted magnifier helps him read more easily. An Optivisor magnifier (similar to a jeweler’s headset magnifier) frees up his hands and lets him see his woodwork better. A Pen Friend, a device that makes and reads recordable labels, allows Jim to organize and find things by himself. Currently, he is recording all the phone numbers in his large-print address books onto labels so he can call friends on his large-keypad cell phone without assistance.

“I have a lot of faith, and after the accident I had a lot of prayers going for me. I used to watch The 700 Club on television. They make it look so easy. If you just pray enough, believe enough, you’ll be healed. But it’s not like that. I do believe God gives you the ability to cope with what you have to deal with. But if only I had been referred to people with knowledge of what’s available to help people 27 years ago …,” Jim said wistfully, his voice trailing off.

“Jim has always been so positive,” Pam fills in. “But information takes away a lot of the fear you have of how you’re going to survive in the world. That was my biggest fear when they told me Jim was blind.”

That information may prove useful to Pam in the future. She is losing vision in one eye due to diabetic retinopathy. LEAP will be there.