Down but not Out, with LEAP's Help 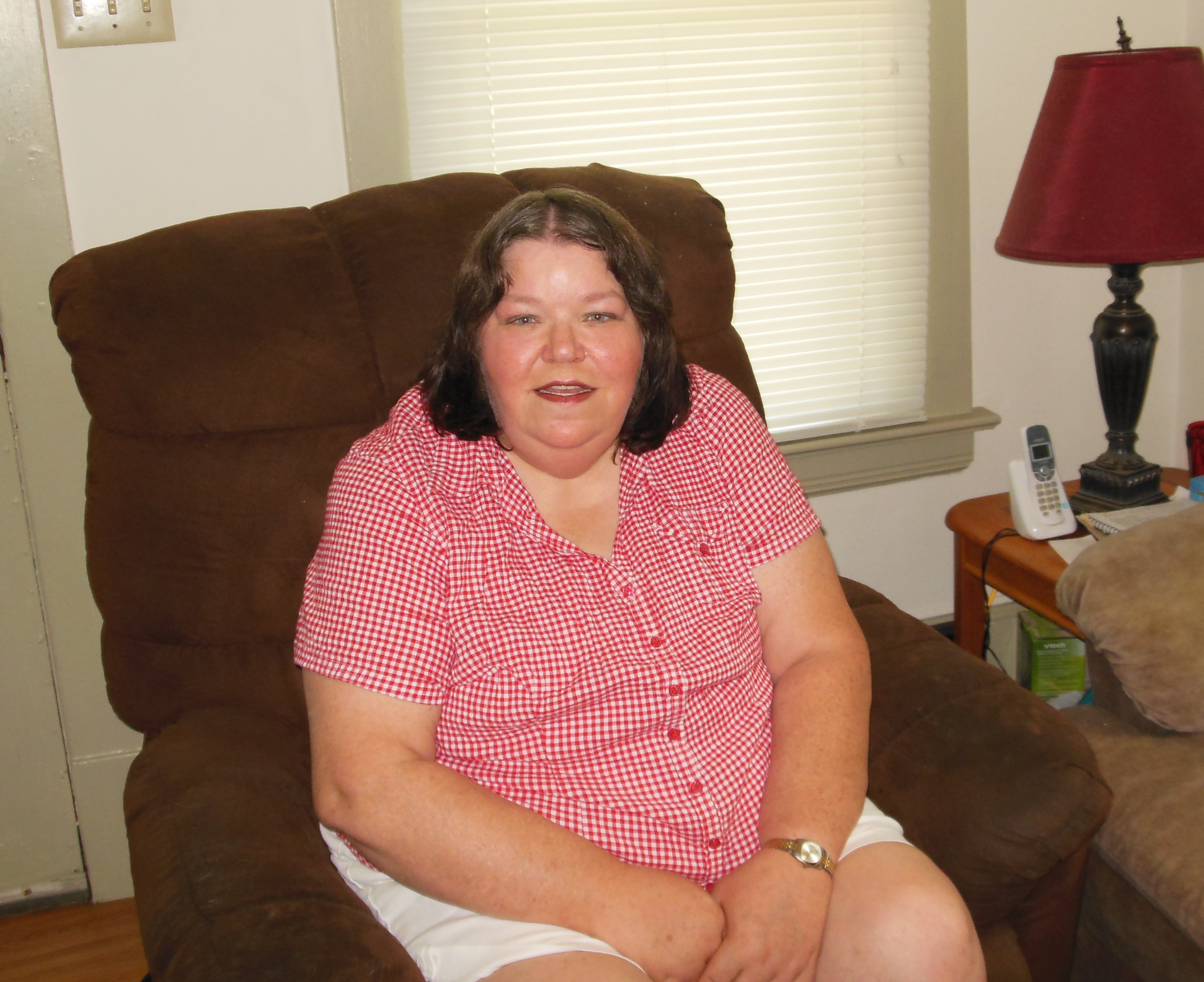 When life knocks her down, Patricia pops up faster than one of those old-fashioned inflatable bop clowns. Health issues have forced her to rebuild her life virtually from scratch, but Patricia’s positive attitude is indomitable. That spirit, combined with LEAP’s services, are steering her toward success.

Nearly 20 years ago, Patricia had surgery to repair a torn Achilles tendon. After that surgery, she developed a recurring open wound. She was able to keep the wound under control, but early in 2011 it became infected. After a brief hospitalization she was discharged to a nursing facility. She expected to stay there for two to three weeks while the wound healed further, but the stay extended to seven months.

Epilepsy, rheumatoid arthritis, family problems, and two bouts with cancer didn’t derail her, but that long stay in a nursing home did. “I lost my job in medical billing, my health insurance, my savings, my apartment, and most of its contents,” Patricia said. She knew the only way she could get back to life was to get out of the nursing facility.

“The staff kept telling me, ‘You’re alone. Why do you want to move out? You have everything you need here.’ But I was bored. There’s nothing to do. By 8 o’clock, everyone is in bed.”

Patricia applied to the HOME Choice program and eventually was assigned to work with Independent Living Specialist Maria Wolf, who located a number of housing options for her. Patricia also researched options on her own and ended up finding the apartment into which she chose. Wolf assisted with shopping for furnishings, and Patricia moved in early August 2011.

Patricia wanted to return to work, so Wolf put her in touch with the Opportunities for Ohioans with Disabilities agency and the Employment Connection. When she had problems with Medicaid, Wolf helped her straighten things out. Wolf helped arrange physical therapy for Patricia and assisted her with several family issues. And she arranged a benefits analysis for Patricia with Benefits Specialist Jackie Moore to ensure that she was receiving the assistance for which she was eligible.

With the home front mostly in order, Patricia’s now tackling the employment front with all her energy. She had worked for a year with another agency for employment services, but said that agency didn’t serve her needs well. “All they wanted to do was send me to fast food places. I kept telling them I can’t stand for long periods of time, so working at a counter wasn’t an option for me.”

Because of her positive experience with LEAP’s independent living services, she asked her OOD counselor to authorize employment services through LEAP. She began working with Employment Specialist David Mahoney several months ago. She polished her interviewing skills and her resume and is applying for positions in medical reception and medical billing, the field she loves. And she makes sure to visit her friends at the nursing facility as often as she is able, bringing them small gifts such as their favorite candy. It’s been a long road back to life, but she’s almost there.

“This hasn’t been an easy process,” Patricia says. “But I honestly think you get obstacles to make you stronger. Without obstacles, life would be boring!”