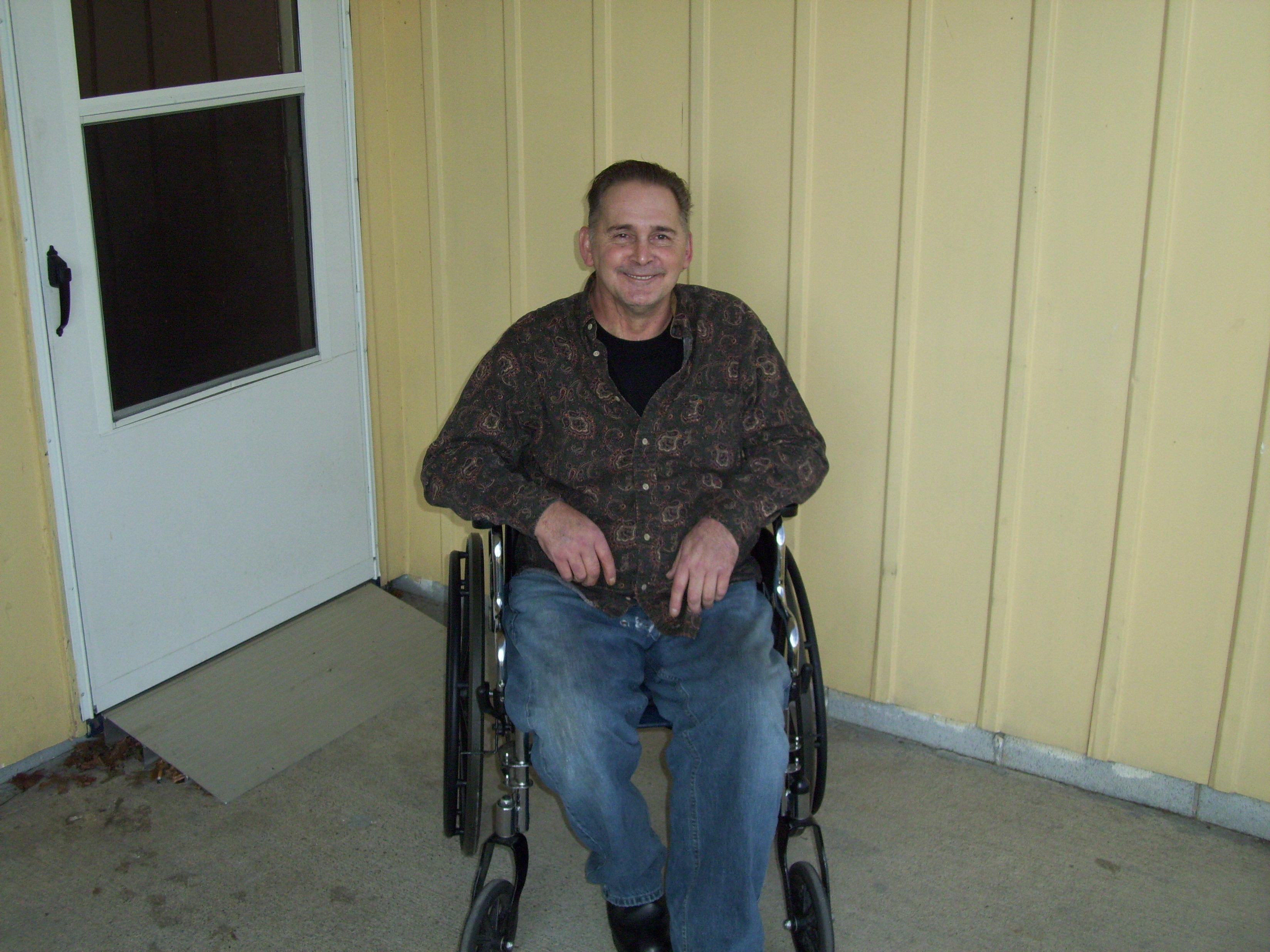 As a young man, Clark did what was necessary for him to work and earn a living. Born with spina bifida, he lived with constant pain, but medication allowed him to work and meet his obligations. As years of physical labor intensified the pain, however, Clark took more and more pain medication, and eventually, other drugs. For 25 years, he found himself living life among a very rough crowd to support his addiction. Then, five years ago, he discovered the high price he’d paid for that addiction.

“I wrecked my Harley and ended up in a nursing home,” he said. “I had burned a lot of bridges and lost contact with many family members.”

Although it helped him conquer his addiction, Clark found life in the nursing facility unbearable. “I was basically institutionalized for several years before LEAP got me out. In a nursing home, you’re not an identity, you’re just a face. There’s always structure around you, no independence. Days go by and you’re not enjoying time, you’re just killing time.”

Clark worked with Independent Living Specialist Peter Smith, who coordinated all aspects of his transition. He moved into his new home in June 2011.

“Because of his prior addictions, almost everyone questioned whether Clark would be successful,” Smith said. “The day he left the nursing facility, the staff said, ‘We’ll see you back.’ They expected him to fail. We were a little worried about him, too. But the longer Clark has been in his own home, the more he sees how much better his life is now, and the more determined he is to stay on the straight and narrow.”

“My neighbors used to be terrorized by me,” he said, “but now I have coffee with one of my neighbors every day. I used to have a million acquaintances, but now I have the comfort of a few real friends, and a wonderful support system—my aide, my nurse, and my few friends.”

Clark is working hard to improve his physical strength. He’s getting out of his wheelchair more often, and with the help of his aide, he’s walking 500 feet per day. It’s clear his HOME Choice experience has been life-giving, and now he wants to give some of what he’s gained back to others.

“I want to do volunteer work in a hospital,” he said. “I want to feel like I’m adding something to society. It makes you feel good to do something for someone else.”

Looking back on his past, Clark says he doesn’t miss a thing.

“My ideal full cup is what I have now. I enjoy just looking out my window. I don’t dwell on what I can’t do. I’m at peace now, and people in my family are starting to come back. I’m enjoying my freedom so much.”