The Transformative Power of Peer Support 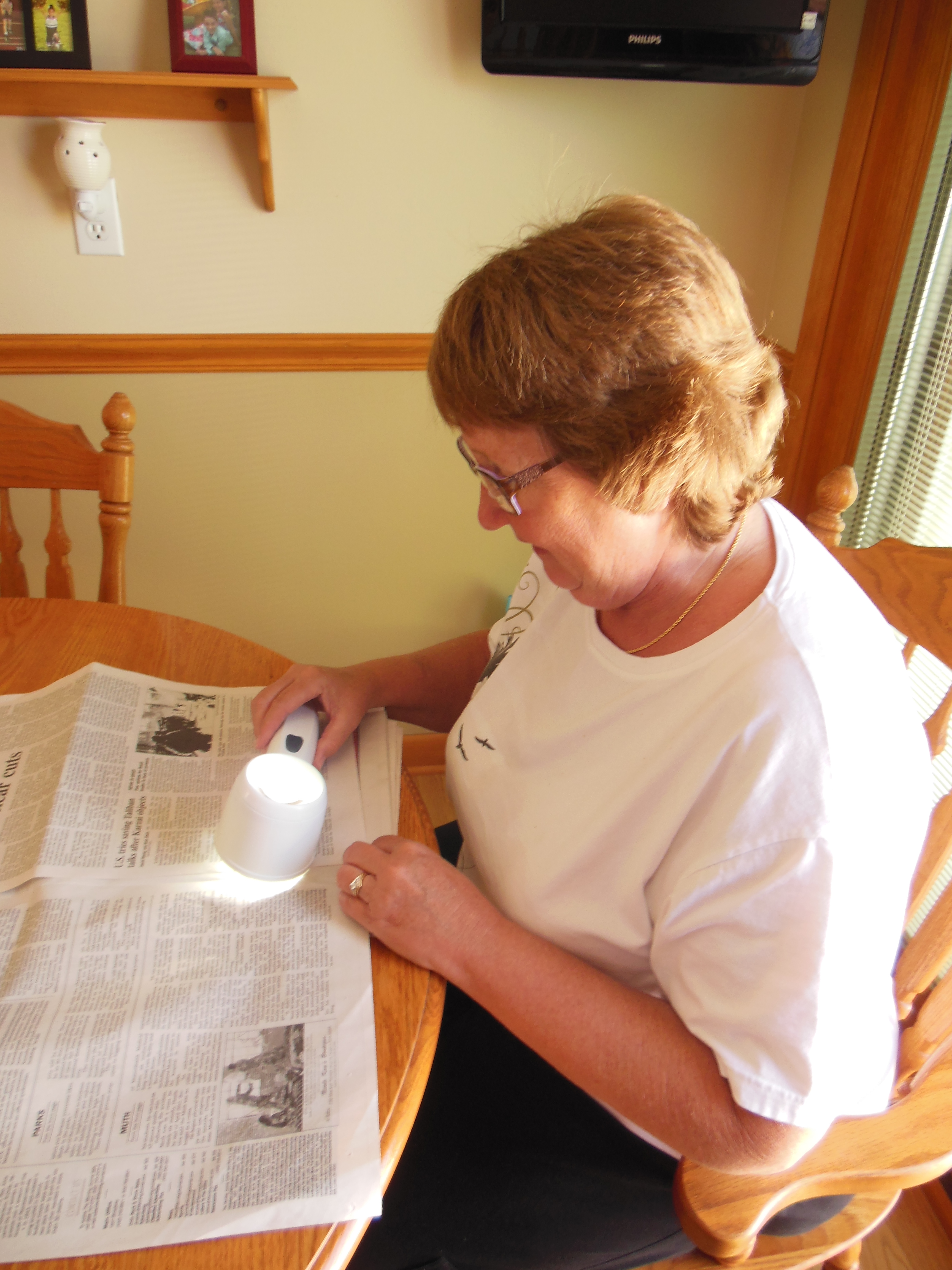 It doesn’t really change a thing, but knowing you’re not alone somehow helps. Janet, one of LEAP’s low-vision consumers, experienced this truth when she met Melissa Hernandez, one of LEAP’s independent living specialists. Janet has Usher syndrome, a condition that involves hearing loss or deafness and progressive vision loss caused by retinitis pigmentosa (RT), an eye disease. Hernandez has RT and is blind.

Perhaps because hearing problems have been part of her entire life, Janet is relatively at ease with this part of her condition.

“I was born with hearing problems. At first they thought it was because my mother had rubella when she was pregnant,” she said. “When I was about 3 years old I got hearing aids, and I learned to read lips when I was a little girl.” In the past few years, Janet has had cochlear implants, and these have allowed her to hear some sounds, like the noise of wind and the clicking of a car’s turn signal, for the first time. She also has a deaf friend with whom she signs.

Janet’s vision problems developed later, and because her vision has progressively worsened, coping with this aspect of Usher syndrome has been more stressful. In her late teens, Janet noticed that “things began to seem dark.” After a routine school eye exam she was advised to see an eye doctor, who
prescribed reading glasses. “But I kept walking into things and people,” she said. So she visited another doctor, who diagnosed her condition correctly.

Today, Janet has no peripheral vision and is unable to see anything in darkness. She remains hopeful but knows her vision may continue to deteriorate. To help her prepare for that possibility, her ophthalmologist referred her to LEAP.

Hernandez and another LEAP staff member visited Janet in her home and provided rehabilitation training. Hernandez discussed the practicalities of her own day-to-day independence and told Janet about available adaptive devices. Janet loves dogs, so Hernandez explained the process of obtaining a guide dog. One prerequisite is being able to use a cane, and Hernandez convinced a reluctant Janet to take a cane training program.

“I worry that people will stare at me if I use the cane. Melissa said I worry too much about what other people think, that I am too self-conscious. I told people what Melissa said, and they all agreed with her.”

“The trainer took me to Home Depot and taught me how to cross busy intersections,” Janet said, still amazed by her own achievement. Although she doesn’t use the cane every day, it’s a comfort to know she can be independent when she needs to be, she said.

It was also a comfort to learn from a seasoned pro. “Melissa is the first blind person I’ve ever met,” Janet said. “She really made me think. It helps to know I’m not the only one out there.”