Called the Progressive-era, a belief in building a better society through social engineering, dominated the new, politics and the business world. During this era, disability became defined trough what has been termed the âmedical modelâ.

Medical experts were given carte blanche to measure, define and devise solutions for eradicating disability. Disability became tied to arguments of economics and Darwinâs theory of survival of the fittest. Many medical professionals promoted erecting huge state-run institutions to remove people with disabilities from society. Still others posed strong eugenics arguments in favor of sterilizing people with disabilities in order to cleanse the gene pool of âdegenerate stockâ.

Alongside this trend of segregation and eradication were advances in education reform. The concept of special education and vocational training was introduced into public schools, offering opportunities for people with disabilities to display their potential and assimilate into society. 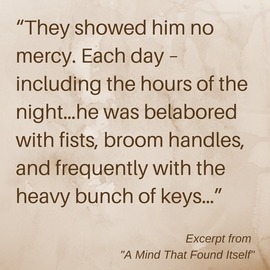 Excerpt from "A Mind That Found Itself" byÂ Clifford Beers.