The defining event of the 1930s the Great Depression, brought a resurgence in the Eugenics Movement. This time eugenicists based their arguments on economics instead of genetics. These arguments, and the notion of Darwinâs âsurvival of the fittestâ, proved persuasive as competition for a scarce number of jobs became brutal.

Paradoxically, the decade saw the election of FDR, the first president with a physical impairment. Using a wheelchair for mobility due to polio, Rooseveltâs disability was not widely known by the public. During most of Rooseveltâs public appearances he was not seen in his wheelchair and was often placed at the podium to appear as if he was standing on his own.

Although he downplayed his own disability, Roosevelt brought the concept of social security to America through his New Deal. As part of the Social Security Act, public assistance was extended to âthe blindâ and children with disabilities. Ironically, his belief in a social safety-net for citizens with disabilities contrasted the fact that the work relief programs his administration devised often discriminated against individuals with disabilities. 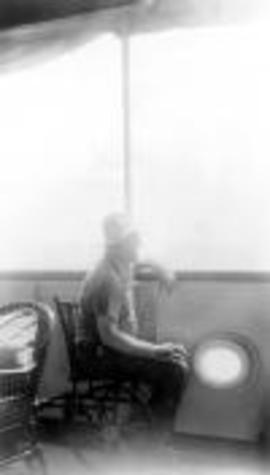 Franklin Delano Roosevelt, the first physically disabled person to be elected as a head of government, is sworn into office as President of the United States in 1933.